The Pygmy Bluetongue Lizard was first identified in 1863. However, the cryptic nature of the species meant that less than 20 specimens were collected between 1863 and 1959.

Builders found live specimens in 1959, while taking apart an old shed at Marion. At the time, it was thought that Pygmy Bluetongue Lizards lived in mallee country and many unsuccessful searches were conducted. For many years this little lizard was thought to have been extinct.

Blue tongues have somewhat unusual body proportions: a big head and long body with very short legs and small feet. Their evenly tapering tail is fat and shorter than the body.

Male lizards have a proportionally larger head than females, but the females are bigger overall.

The most noticeable feature of these lizards is the blue tongue inside the bright pink mouth.

Like all reptiles they do not produce any body heat. Their body temperature depends on the surrounding temperature and they can be found sun basking in the mornings or during cooler days. On cold days they remain inactive in their shelter. (They need a body temperature of 30 to 35°C to be active.)

Their diet consists of plant matter and small animals. That can be beetles, caterpillars, crickets, snails and even other small lizards. Anything they can get hold of will do. But they are not very fast, so they usually eat slower critters. They are very partial to slugs and snails. Oh, and they steal dog food…

Blue-tongue lizards have strong jaw muscles to crush big beetles and snail shells. They may also bite in defence when they feel threatened.

It faces the threat and opens its mouth. The blue tongue inside the pink mouth is an unexpected and vivid sight, designed to frighten off the attacker.

The lizard also hisses loudly and flattens its body which makes it look wider and bigger.

If you pick the lizard up now it will bite you. And it will hurt. Blue tongues have a habit of latching onto your finger and not letting go, which leaves you with a nice bruise. 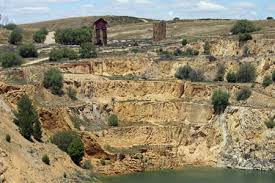